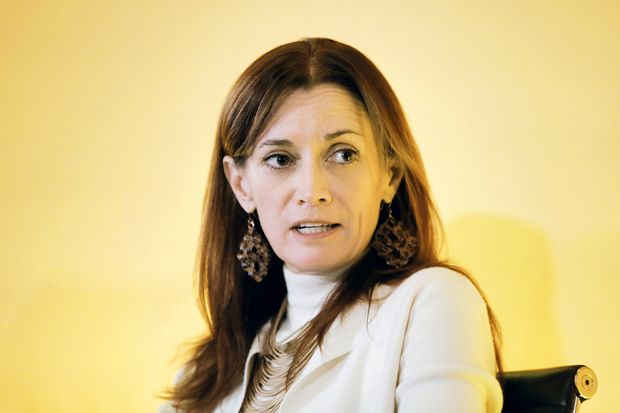 
The promise of blockchain technology seemed unlimited a year ago.

Banks were scrambling to figure out their strategy, and companies big and small were boasting how blockchain software would transform industries, from shipping to money transfers. In August, a Barron’s cover story tried to assess the actual game-changing potential of blockchain.

As the year winds down, the news has taken on a more sober tone, starting with a blockchain CEO’s decision to step down from her post on Tuesday.

Blythe Masters, a former top JPMorgan Chase executive, is leaving as CEO of blockchain-focused start-up Digital Asset, telling employees last week that she wanted to focus more on her family.

When she became CEO in 2015, the move helped legitimize blockchain. At the time, the technology was associated almost entirely with the volatile cryptocurrency Bitcoin. Under Masters, Digital Asset signed partnerships with tech giants like Google and was chosen to remake the clearance and settlement system for the Australian Securities Exchange.

Masters is the chairwoman of the governing board of Hyperledger, a nonprofit consortium that has guided development of several of the most promising projects in the field. She was still in that role as of Thursday, and remains on the Digital Asset board. Masters, who was unavailable to talk with Barron’s, told colleagues that the technology’s potential “is as strong as it has ever been.”

There are other signs, however, that the technology has hit stumbling blocks. “We do believe that we are in the early stages of a blockchain winter,” says Rajesh Kandaswamy, who follows blockchain for research firm Gartner. Its latest survey of chief information officers showed that just 3.3% had deployed blockchain software. “I don’t know of a single large bank using blockchain in production at scale,” he adds. “This technology that’s supposed to be revolutionizing financial services, we don’t see it yet.”

Adoption has been spotty in other industries, too. In shipping, blockchain is expected to reduce paperwork and make it easier for all parties to track packages.
IBM

(ticker: IBM) is working with
Maersk

(Maersk-B.Denmark) on a project called TradeLens that includes more than 100 partners to track shipping documents on a blockchain. Some shipping companies have balked at signing on because of concerns about the governance model, which they worry could give some participants more power than others. German shipping giant Hapag-Lloyd (HPGLY), for instance, wants to make sure that a blockchain system has a “governance model that guarantees comparable rights and obligations to all parties joining a network,” spokesman Tim Seifert says.

IBM spokeswoman Holli Haswell responded that the value of the TradeLens system has grown as more companies and agencies, such as the Port of Montreal, have signed on. Maersk spokesman Thomas Boyd also wrote that “carrier participation is advancing.” He added, “By requiring joint decision-making around the development and functionality of TradeLens, the TradeLens collaboration model addresses carrier feedback and concerns relating to Maersk’s role in the TradeLens platform.”

It may be years, though, before blockchain proves its usefulness.

“Right now, I think it’s a lot of smoke and mirrors,” says Steve Bowen, CEO of Maine Pointe, a global supply chain and operations consulting firm. “It appears to be three to five years down the road.”

Write to Avi Salzman at avi.salzman@barrons.com

Bitcoin Price Partys Only Getting Started after 2019s Monster 100% Surge

The Tell: Bitcoin mining is greener that most large-scale industries: report